California has the highest rate of child poverty in the country, 20.6 percent, almost two
million children according to the U.S. Census Bureau’s Supplemental Poverty Measure, which accounts for cost of living. This is a human and fiscal crisis.

GRACE, an anti-poverty non-profit based in California, is dedicated to changing that.

GRACE is a ministry of the Daughters of Charity, who have been serving the poor in California since 1852.

GRACE has convened major conferences and working groups with experts across the state and the country, and built partnerships with leading organizations throughout California to address the crisis levels of child poverty. Over 175 organizations in California are actively supported state legislation GRACE sponsored in 2017. 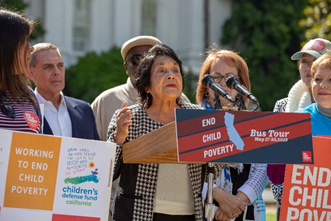 GRACE has undertaken the research necessary to guide change and the advocacy necessary to achieve it. In partnership with the Stanford Center on Poverty and Inequality, GRACE developed a comprehensive, data-driven policy approach that will substantially reduce child poverty by investing in programs that create equal opportunities for children living in poverty. 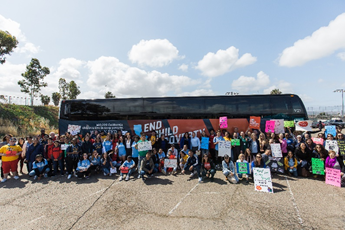 To raise public awareness of the crisis levels of child poverty in California, GRACE and its affiliated 501(c)(4), GRACE End Child Poverty Institute, launched the End Child Poverty in California education campaign. The goal of the campaign is to build a movement and mobilize hundreds of thousands of concerned individuals and community, nonprofit and faith-based organizations to act to end child poverty.