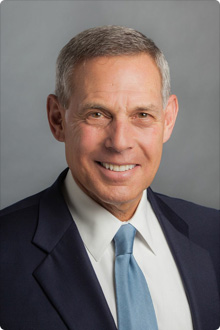 Conway Collis is President and CEO of GRACE (Gather, Respect, Advocate, Change, Engage). Sponsored by the Daughters of Charity, GRACE is dedicated to reducing child poverty in California. He has been a public servant and advocate for social change for more than four decades.

GRACE is the sponsor of Assembly Bill 1520 (Burke), the Lifting Children and Families Out of Poverty Act, signed into law in 2017. AB 1520, the result of five years of work with over 40 organizations and in-depth research with the Stanford Center on Poverty and Inequality, is a critical first step to reducing child poverty in California.

A graduate of Occidental College and Stanford Law School, Collis has been a live-in counselor for delinquent boys, a Committee Counsel on the U.S. Senate Labor and Public Welfare Committee and domestic policy advisor to U.S. Senator Alan Cranston and an elected Member and Chairman of the California State Board of Equalization, California’s main state tax and revenue agency. While on the Board, he wrote and sponsored the Taxpayers Bill of Rights, tax credits for childcare and the elimination of tax benefits for discriminatory private clubs. He has also served as Chairman of the California State Senate Bipartisan Task Force on Homelessness.

In 2009, on behalf of the Daughters of Charity Health System, he successfully initiated and proposed a state Medi-Cal financing system that has generated over $25 billion for health care for low-income Californians and $5 billion for children’s health care at no cost to patients or state taxpayers.

Collis is also a member of the California State Commission on Children and Families (the state First 5 Commission), and is the founding Board Chair of the National Foster Youth Institute.